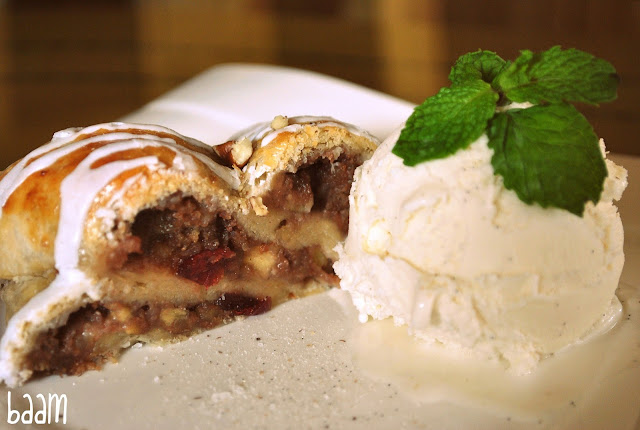 Ok, so it's not the tipycal apple strudel, it has vanilla wafer cookies inside (delicious), it was made with puff pastry and I think it was better than the one with phyllo pastry. My mom made it the other day while I was sleeping just the smell of cinnamon woke me up then I went to the kitchen and I saw it already done... that's why I don't have any pictures of the process but she told me how she did it.

1. Peel the apple and chopp it in small chunks, mix it with cinnamon, vanilla, walnuts, sugar, cookies, cranberries, apple pie spice and applesauce until well combined. Roll the puff pastry dough and cut it into 3 rectangles of about 11x4 inches. Brush the edges with egg, fill them with the apple mix and make wrap them. 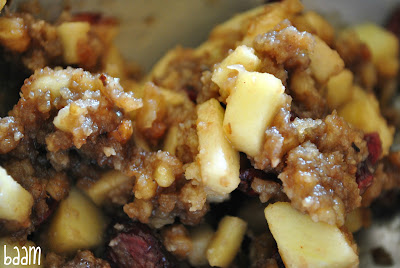 2. When you have the three rolls take them and braid them, then brush them with more egg and put it in the oven at 360°F for about 20 minutes or until golden brown. Let it cool and make a white glaze, drizzle it on top and sprinkle some more chopped walnuts. 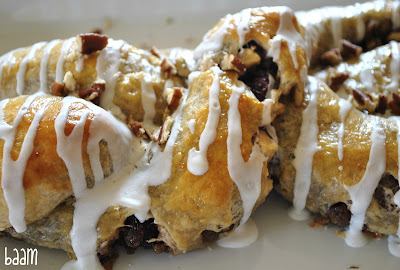 When you cut it you will have something like this... so pretty and easy! 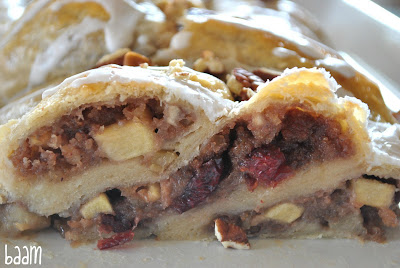 By beti at 7:52 PM
Email ThisBlogThis!Share to TwitterShare to FacebookShare to Pinterest